Northbound and southbound Main South Road motorists are now able to use the lowered motorway to travel to and from the Southern Expressway, reducing travel times by passing underneath newly constructed bridges at Sutton Road/Mimosa Terrace, Sturt Road and Flinders Drive.

A further major achievement is expected to be reached in late September as the new Ayliffes Road bridge open to northbound traffic.

As we get closer to the end of the year, the lowered motorway underneath the new Tonsley Boulevard Bridge will be completed and the Sturt Road/Main South Road intersection will be aligned into its final configuration.

Works will also commence in the coming months to construct the Main South Road surface roads in their permanent arrangements. 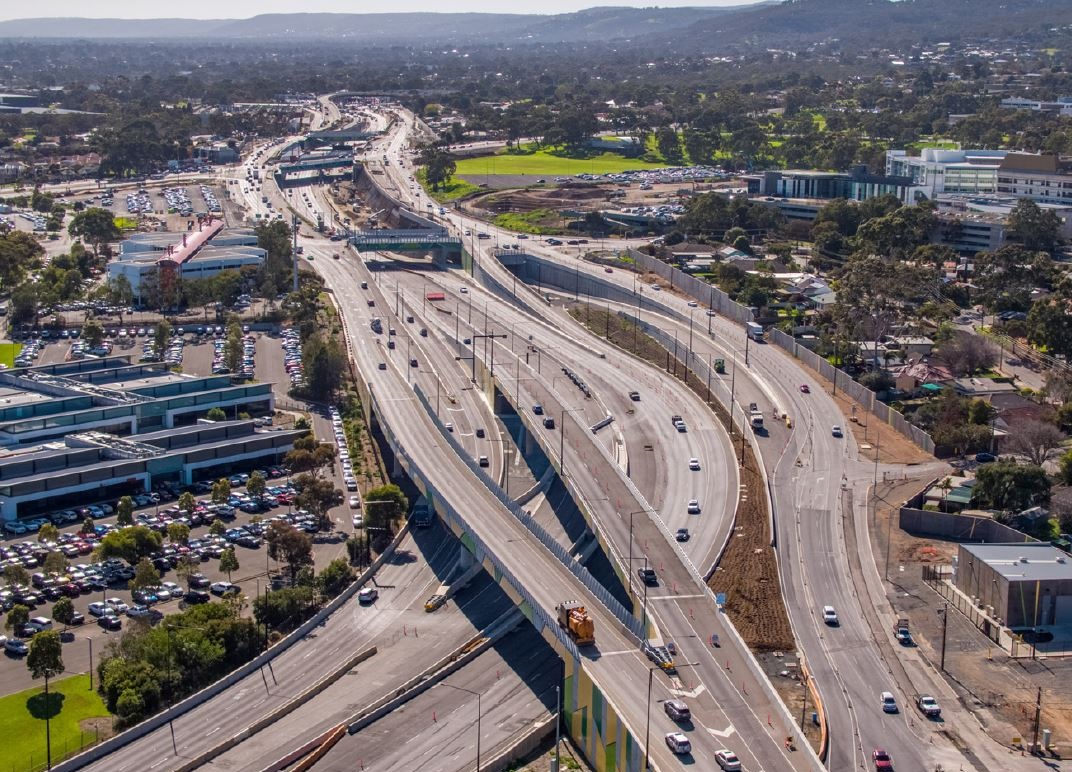 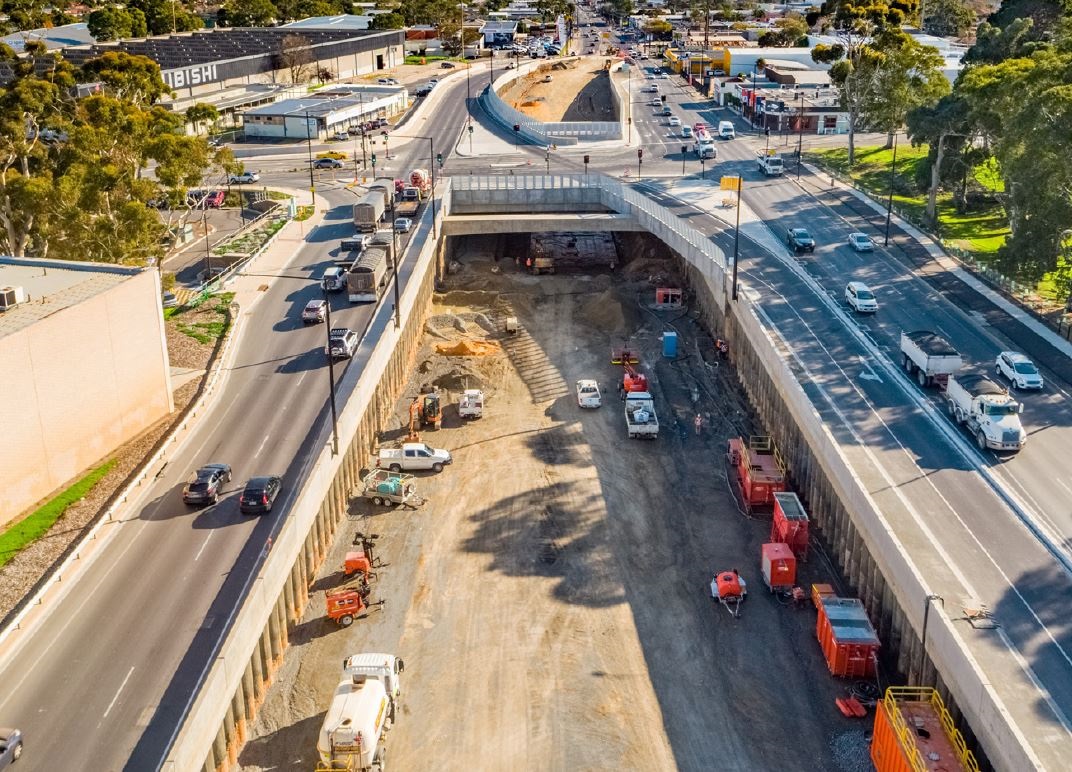 Looking west over the lowered motorway