The Roads of Strategic Importance program (ROSI) is an initiative of the Australian Government which aims to deliver improvements to freight movements, support regional economic growth and connectivity, and improved safety for all road users.

Upgrades of rural road corridors that fall under this program within South Australia include Sturt Highway, Barrier Highway and Eyre Highway.

The Department’s corridor analysis has identified a proposed program of works for each corridor as detailed below.

A funding commitment of $87.5 million has been made to upgrade the Sturt Highway between Renmark and Gawler. 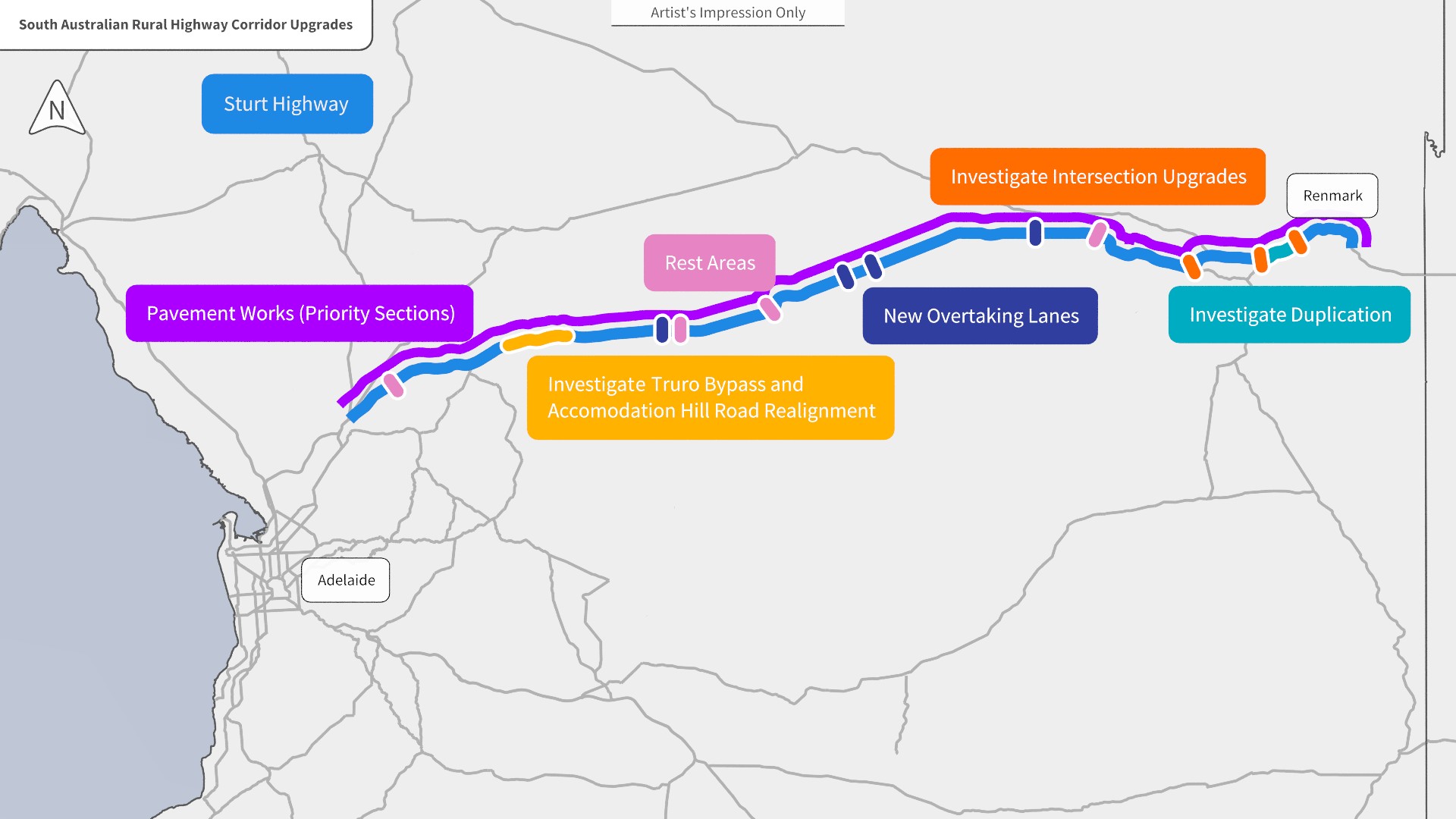 Upgrades along this section of Sturt Highway could include:

A funding commitment of $62.5 million has been made to upgrade Barrier Highway between Cockburn and Burra.

Extending approximately 305km, this section of Barrier Highway passes through the townships of Olary, Yunta, Terowie, Hallett and Mount Bryan. 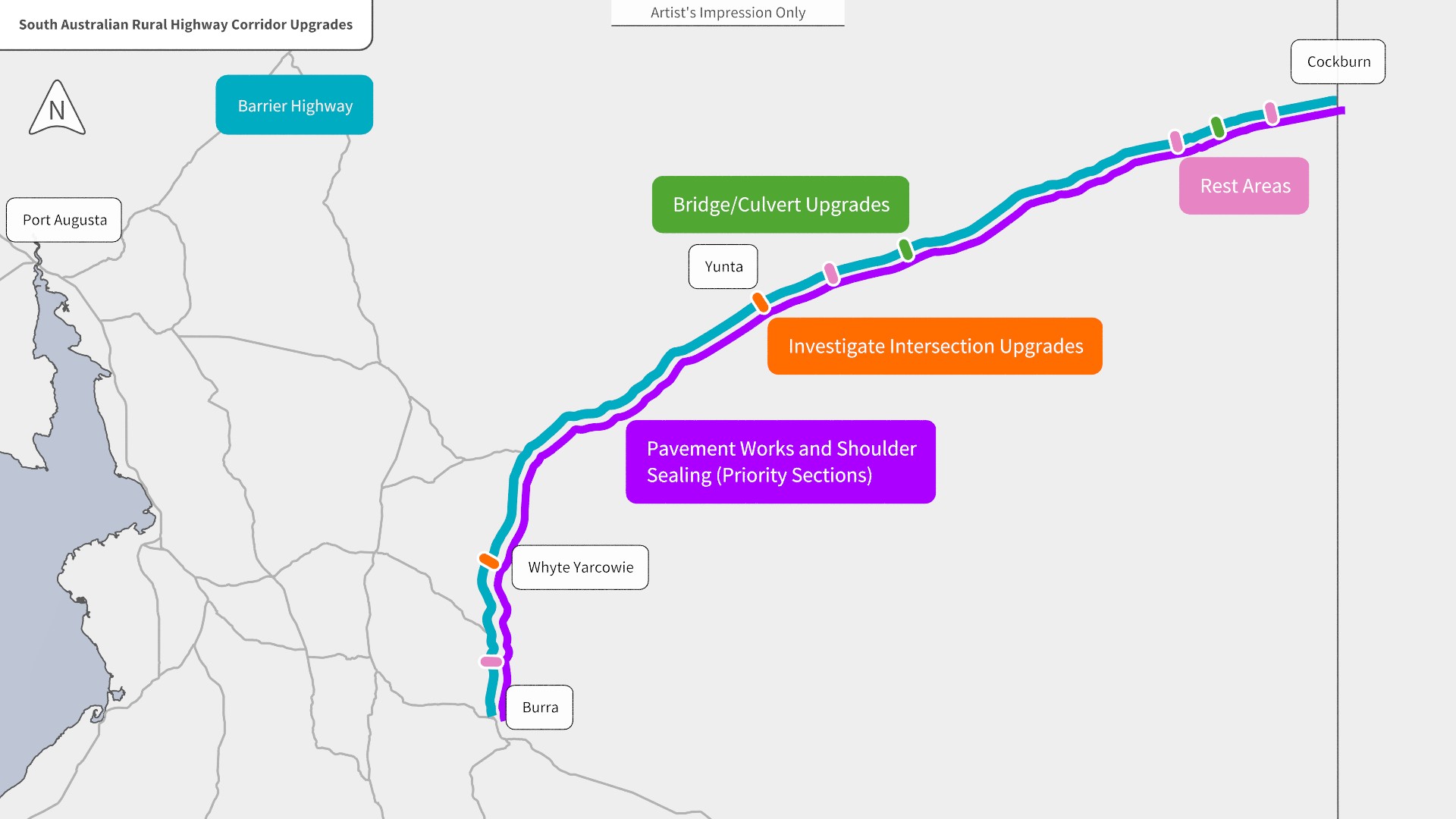 Upgrades along this section of Barrier Highway could include:

A funding commitment of $125 million has been made to upgrade Eyre Highway between Border Village and Port Augusta, and Eyre Peninsula roads impacted by the recent closure of the Eyre Peninsula rail network – namely Tod Highway, Birdseye Highway, and Lincoln Highway.

Closure of the rail corridors now requires agricultural produce to be transported by road to redistribution nodes or ports, which has increased the dependence on selected roads. Improvements aim to address safety and efficiency of transport on these routes. 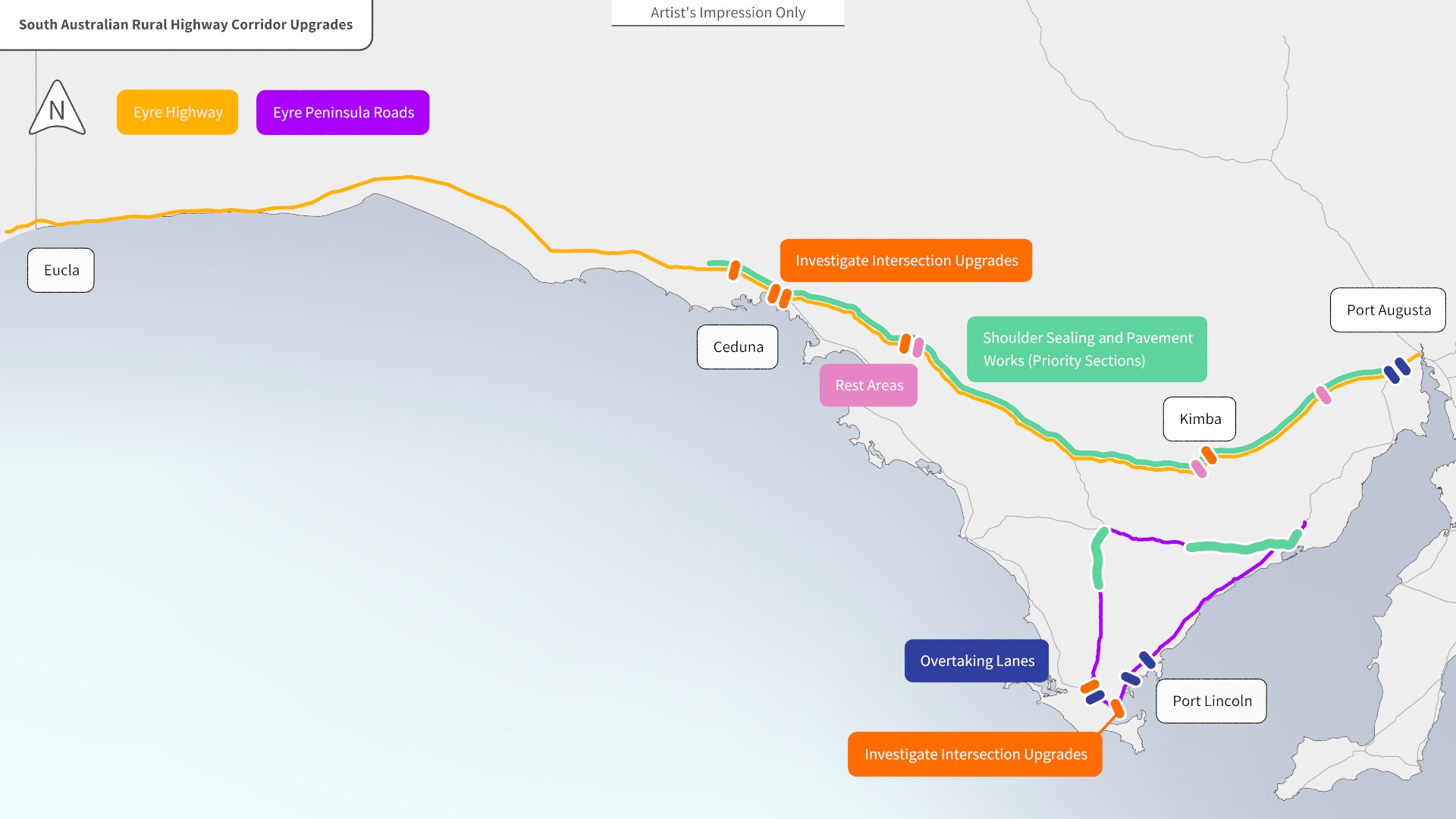 Upgrades along this section of Eyre Highway and Eyre Peninsula roads could include:

Planning and design work will continue in the coming months with more information on the proposed scope of works to come.

The Department will continue to consult with key regional and industry stakeholders during the planning and design phase.

To provide your feedback or register your interest please don’t hesitate to contact the project team: