The Strzelecki Track is a 472 km unsealed rural road that links the towns of Lyndhurst to Innamincka in the north east of South Australia.  It is a vital supply link for major oil and gas facilities located near Moomba, in the Cooper Basin, and is an essential transport corridor for outback communities, tourism and pastoralists.  The track is subject to occasional closure during the winter months when the road is impassable due to flooding. 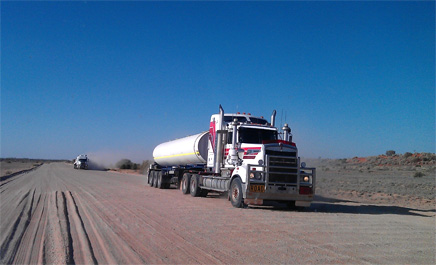 The unsealed road contributes to higher direct freight costs (due to slow and unreliable travel times), high supply chain costs and increased likelihood of a crash.

The first 50km of the Strzelecki Track has been sealed and is now open to traffic.

The $125 million stage 2 is jointly funded between the Federal and South Australian governments and is expected to commence in June 2021.

A further $64 million was announced in the Federal budget in May 2021 towards completing the seal of the track and delivering this vital connection between South Australia and Queensland.

Strategic context and benefits of the project

The Strzelecki Track upgrade and sealing project is a key recommendation in the Roadmap for Unconventional Gas Projects in South Australia, released in 2012.

The project will involve the upgrade and sealing of the Strzelecki Track and the 26km Adventure Way road link from Innamincka to the Queensland border.

The completed project will comprise of:

Direct benefits of a sealed road include:

For further information about the project refer to the Project Fact Sheet (PDF, 74 KB) and the Summary of benefit components (PDF, 72 KB).

In June 2020, the South Australian Government announced it is investing $10 million to seal the first 50-kilometres of the 472-kilometre Strzelecki Track, beginning immediately north of Lyndhurst. The project is expected to commence in the third quarter of 2020, with completion expected in the last quarter of 2021, weather permitting.