You are here:
Home
News
Plan ahead for road closures for VALO Adelaide 500
Section menu

Plan ahead for road closures for VALO Adelaide 500

Eastern suburbs commuters to the city are encouraged to plan their journey and consider alternative travel options as roads around the east parklands begin to be closed for the return of the world class VALO Adelaide 500.

Roads will be progressively closed from 6am tomorrow (Friday 25 November) ahead of the race event on 1-4 December.

Commuters should expect delays and allow more time for travel between tomorrow and when all roads re-open following the event.

Alternative travel options should also be considered, including public transport and, where practical, walking or cycling. Travelling outside of peak periods wherever possible is also encouraged.

From 6am, Friday 25 November the following roads will be closed to traffic:

From 6am, Saturday 26 November the following roads will be closed to traffic: 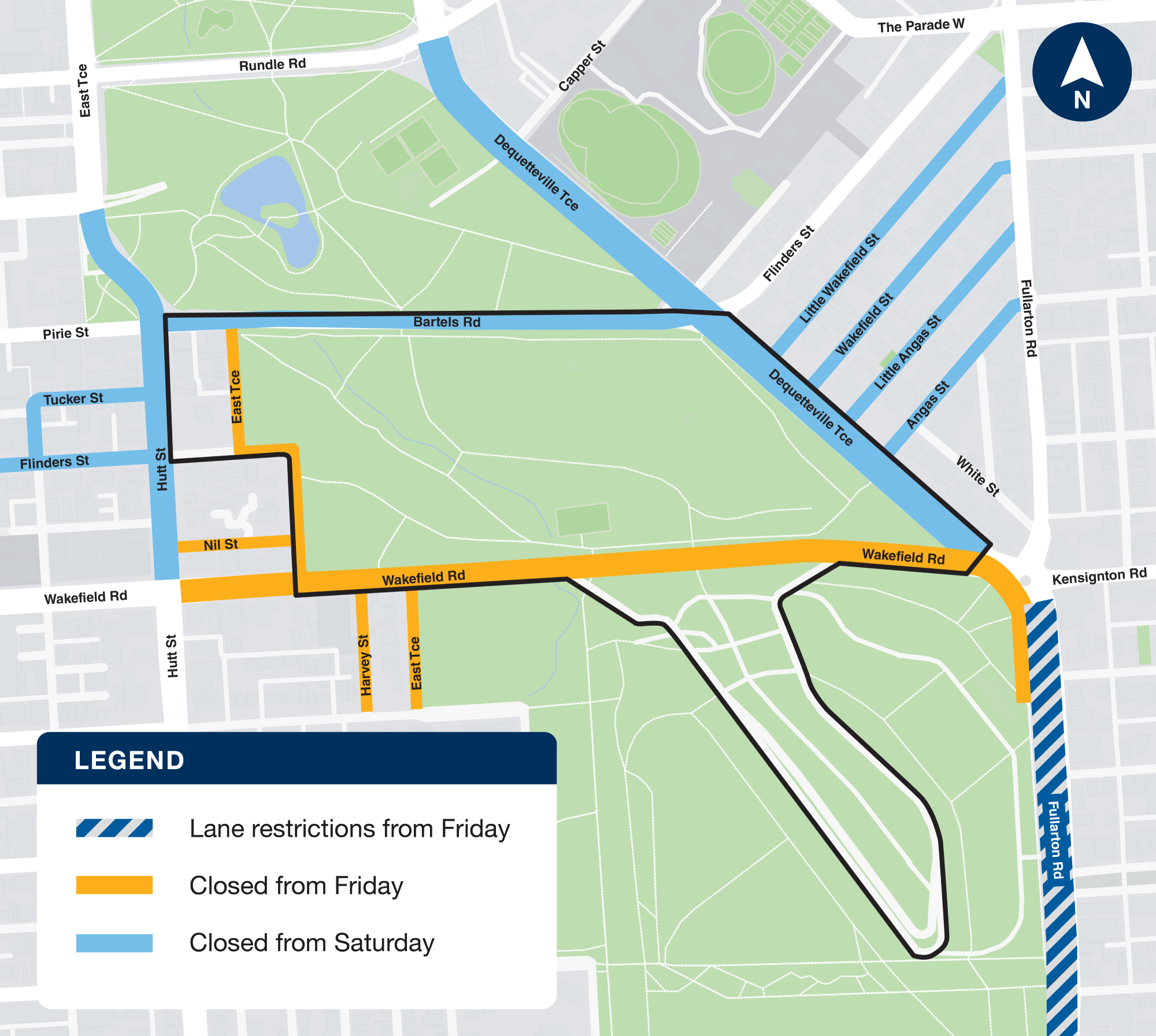 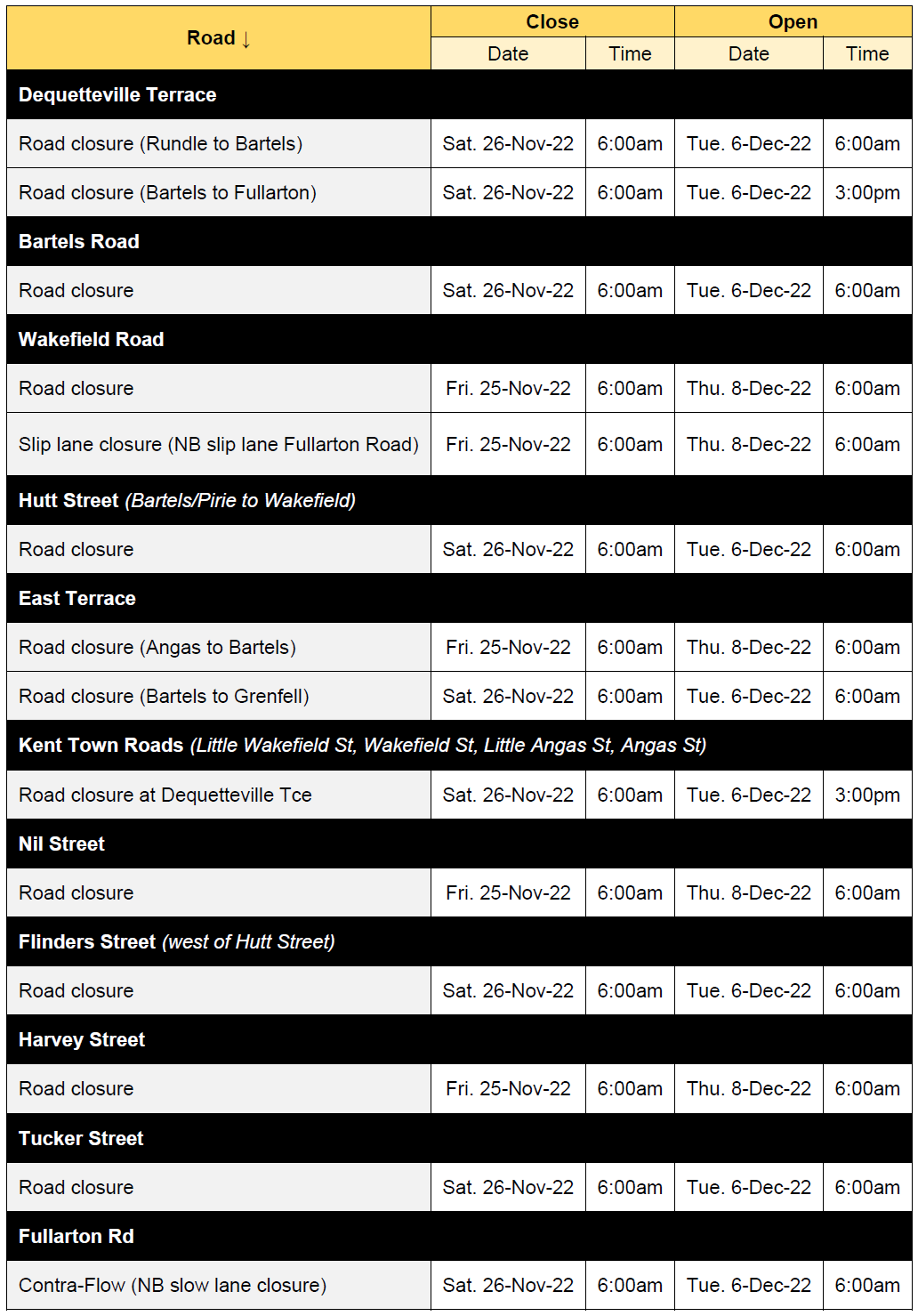 A contra-flow will also be in place along Fullarton Road. Some short-term road closures will occur between 2-4 December to accommodate after-race concerts.

Roads will be progressively re-opened from Tuesday 6 December, with all restrictions scheduled to be lifted by 6am on Thursday 8 December.

Ticket holders to the VALO Adelaide 500 are entitled to free travel on all Adelaide Metro bus, train and tram services throughout the four days of the event. For more information visit www.adelaidemetro.com.au.