You are here:
Home
About Us
Our Ministers
Section menu

Minister for Infrastructure and Transport 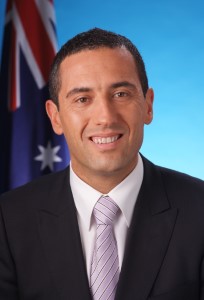 Tom was raised in the western suburbs. He attended Cowandilla and Netley Primary Schools before attending Adelaide High School and going on to study at Adelaide University.

The son of Greek migrants, Anthony and Dimitra, Tom joined the Australian Labor Party at a young age with the encouragement of Labor stalwart and former SA Deputy Premier, the late Jack Wright. Tom first volunteered in Jack Wright’s office when he was 14.

Tom was elected to the South Australian State Parliament on 11 October 1997, at age 26. Tom was elevated to the Ministry on 3 March 2009 and remained in Cabinet until the 2018 state election. Over this period, he served as Minister for Correctional Services, Youth and Volunteers, Gambling, Small Business, Transport, Planning and Infrastructure, Mining and Energy, State Development and as Treasurer.

Tom is married to Anthea and they have two young daughters, Tia and Helena. They live in Torrensville and he is a tragic Liverpool supporter. 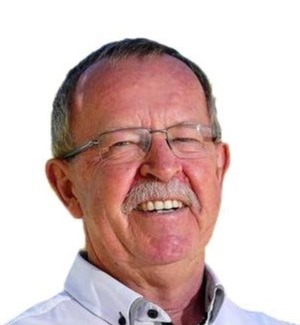 Geoff Brock was born in Frankston, Victoria, but was raised in the Mid North of South Australia where he has spent more than half his life working towards a better future for the residents of the Port Pirie region.

Mr Brock was first elected to the Port Pirie Regional Council in 1989, has been a JP since 1993, and served on numerous community committees before being elected mayor in May 2003.

From his arrival in Port Pirie in 1976, Mr Brock worked in Port Pirie's lead smelter, which was eventually acquired by Nyrstar. Prior to that, he was a manager for BP Australia at Port Augusta, covering nearly 80% of the northern areas of South Australia, before becoming an owner-operator of a roadhouse at Port Augusta.

He retired from Nyrstar in September 2007, and in 2009 was elected to the seat of Frome as an Independent Member in a 2009 by-election.

Mr Brock and his partner Lyn have 12 grandchildren between them.

Minister for Police, Emergency Services and Correctional Services
(with responsibility for road safety)

Joe Szakacs MP was elected in February 2019, in a by-election held upon the retirement of the Hon. Jay Weatherill.

Joe was born at The Queen Elizabeth Hospital and raised in Royal Park. He was educated at local primary and secondary schools and attended university in both Australia and the US. He is an admitted legal practitioner of the Supreme Court of South Australia.

Before formally entering politics, he held various roles in the trade union movement, legal practice and as a company director in the superannuation and insurance industries. Joe was elected as Secretary of SA Unions, the peak body for trade unions in South Australia, and led the organisation for five years. During his tenure, he held national positions with the Australian Council of Trade Unions, including the National Executive and National Growth and Campaigns Committee.

He was a member of the Board of Directors of Statewide Super—holding various positions including Chairman of the Remuneration and Nomination Committee, and a member of the Investment Committee. He has participated in various global forums for workers capital and pension funds, including the Global Union’s Committee on Workers’ Capital and the United Nations Principals of Responsible Investment.

He has also held director roles on the boards of the South Australian Fire and Emergency Services Commission and Return to Work SA.

Joe was a representative swimmer, competing nationally and internationally. He held multiple South Australian records, was a member of the South Australian Sports Institute, and a scholarship holder on the University of Missouri (USA) Swimming Team.